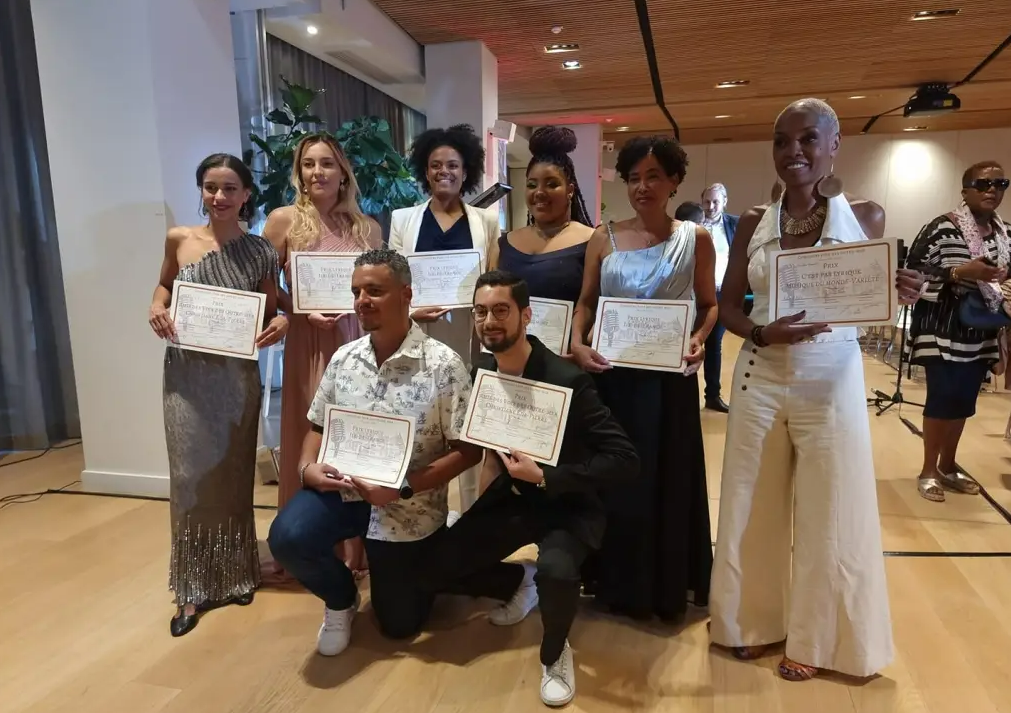 The fifth edition of the competition got off to a great start:

While the second round has only just ended in Saint-Pierre and Miquelon, the fifth edition of the Voix des Outre-mer competition is already shaping up to be a memorable one. The first final was held in Saint-Ouen (at the Region’s headquarters) on Saturday 2 July 2022 for candidates from Ile-de-France representing Martinique, Guadeloupe, Reunion, Guyana and Saint Barthélémy. The jury distinguished 6 artists among the 13 talented candidates. The moving Mérielle Mérine won the “C’est pas lyrique” prize, while the young Laurynn Favières received a mention of encouragement which qualified her for the masterclasses of the 6th edition. In the lyrical category, Yolaine Mourard, Winona Berry and Michael Serva were rewarded. Impressive, Axelle Saint-Cirel won the first prize. The young mezzo and her fellow prize-winners will meet up with Jessie Detcheverry, the winner from Saint-Pierre and Miquelon, at the Opéra Bastille to compete in the national final, which will take place on 4 February 2023. A new category of prizes, “Amis Voix des Outre-mer Christiane Eda-Pierre”, was awarded to Jamaican soprano Rachel Duckett (1st prize) and Paraguayan tenor Juan José Medina Rojas (2nd prize), who will also perform at the Opéra National de Paris.