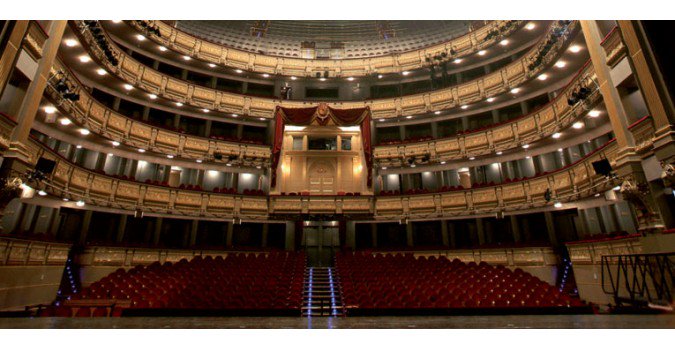 Confirmation: The Madrid’s Teatro Real is acting for the Francesco Cavalli renaissance by performing one of his masterpieces from March 17 to 26, 2019.

La Calisto was “rediscovered” in 1970 at the Glyndebourne Festival thanks to Raymond Leppard and a great distribution (Ileana Cotrubas, Janet Baker or James Bowman). It is, however, the 1993 production at Brussels La Monnaie (René Jacobs / Herbert Wernicke) that rehabilitates Cavalli’s opera. Madrid is performing Cavalli’s masterpiece for the very first time.

David Alden’s production has been firts performed at the Bayerische Staatsoper in Munich with great success. Ivor Bolton and Christopher Molds conducts the Orquesta Barroca de Sevilla. A double cast is announced with Karina Gauvin and Rachel Kelly as Giunone, Monica Bacelli and Teresa Iervolino as Diana, Tim Mead and Xavier Sabata as Endimione and Louise Alder and Anna Devin in the title role tormented by Luca Tittoto and Wolfgang Schwaiger as Giove.