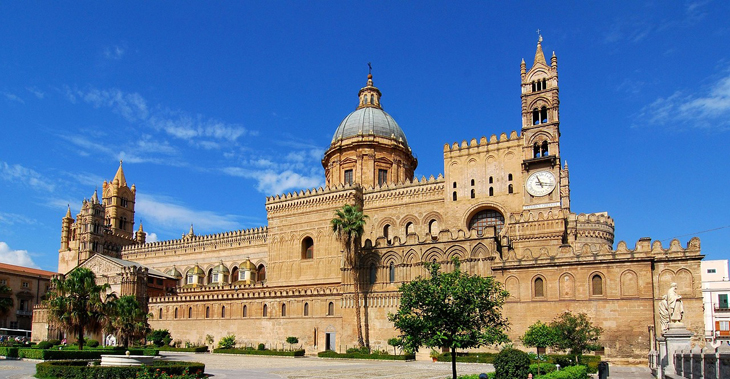 From 18 to 21 september : discover the Teatro Massimo and the magnificent city of Palermo

Sicily is one of the most beautiful jewels of Italy with the dazzling Palermo in its heart.
The capital, which has been influenced by Byzantine, Roman, Arab, Norman or Prussian influences, has a very special charm. Music lovers all know the famous Teatro Massimo, one of the greatest theatres in Europe, which alone is worth the trip!

From the time of the Norman kingdom of Sicily (1130-1194), the Palermo Arabo-Normandy has a series of nine buildings: two palaces, a bridge, three churches and several cathedrals including those of Cefalú and Monreale. During this exemplary journey, a visit to the historic centre of Palermo will make you discover and admire the Sicilian capital.
A second discovery is available in the medieval village of Cefalù or Monreale with its imposing Cathedral, all evidence of the island’s heritage.

During this trip, you will attend two performances of masterpieces such as Verdi‘s “La Traviata” and Rossini‘s “Il barbiere di Siviglia” at the Teatro Massimo, the city’s symbol. These performances will make you feel from the inside, the vitality of one of the greatest scenes in Italy!